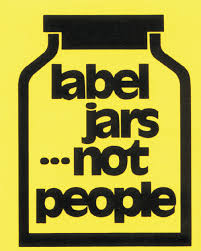 Someone said in conversation this week that they consider me a “liberal” Christian, which I suspect means I practice “Christianity Lite.” This amused me. My husband is convinced I’m a natural conservative!

Actually, I’m neither. I listen to the pulpit. I think, ponder, pray, debate and study the Scriptures to see if those things are true.

So how’d I get a liberal label?

Maybe because I resist the idea that everything in the Christian faith is black and white. Obviously, the essentials of the faith are unambiguous and non-negotiable. But there also are things that are less clear cut. Not “gray” areas but things requiring wisdom and sensitivity to the Holy Spirit as to life application.

Or maybe because I’m a vocal critic of the nonsensical behavior of self-proclaimed conservative Christians:

I’ve seen people do these things, and I’m pretty sure it brought no glory to Christ.

Christianity lived well, it seems to me, is not a matter of leaning left or right but of holding love and truth in a balanced tension. This is accomplished only by walking in the Spirit, something every believer is instructed to do.

We struggle because living this way requires reliance on God rather than hard-fast rules for human interaction.

There is a wrong way to be right.

Nothing in Scripture instructs Christians to categorize ourselves as liberal or conservative. We are told:  “Examine yourselves to see whether you are in the faith.” (2 Corinthian 13:5a)

THE faith is historic Christianity; not the modern-day version that is speculating about whether Jesus married and had children or rewriting gender references in hymns and Bible versions or redefining the nature of man as “basically good.”

Historic Christianity is the faith first delivered to the apostles and affirmed in the Christian creeds. A sampling:

One God, the Father, Creator and maker of the heavens and earth. Man a sinner in need of a savior whose name is Jesus, the Christ, Son of God and Son of Man. Foretold by the prophets, born of a virgin, suffered under Pontius Pilate, crucified, dead and buried; descended into hell, rose bodily on the third day, ascended into heaven and seated at the right hand of God to one day return to planet Earth to judge “the quick and the dead.”

It’s possible to give mental assent to all that and still be a hard, graceless person. It’s equally possible to be a kumbaya personality dedicated to the social gospel while conveniently forgetting that our citizenship is in heaven and we await a savior from there.

The Jesus of Scripture is neither. He eats and drinks with sinners. He visits their homes and welcomes tax collectors, zealots, prostitutes, Roman soldiers, the blind, and the lame – basically, all the undesirables — into his company. His message is frank, powerful and uncompromising. Yet, He is loving, compassionate and forgiving.

He heals people who don’t even know His name. He pardons the guilty. He’s upfront about the price to be paid for following Him. If people choose to walk away, He lets them go. There’s no coercion.

Jesus doesn’t do liberal or conservative. He came to save every kind of sinner, from the inside-out. Jesus only had issues with Pharisees, the religious conservatives of His day, who didn’t think they needed saving. Their beautiful labels spoke of life, but Jesus said they were whitewashed tombs filled with dead men’s bones.

Labels can be misleading. Intel had it right. It’s what’s inside!

One thought on “No Labels!”