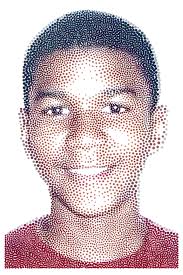 What bothers me most about the shooting death of teenager Trayvon Martin in a gated Sanford, Florida community is that it could have happened to either of my sons as easily as it happened to him.

I am the mother of two African-American teenage boys. Our family lives in a neighborhood where you can count the people of color on a few fingers of one hand. My sons walk the neighborhood to visit friends. They ride bikes to the pool. They do exercise runs through the streets. They even wear hoodies on cold days.

So my children stand out. That isn’t always a good thing. A few summers ago, a sheriff’s deputy rang my doorbell while I was making dinner. I invited him in. He wanted to ask me a few questions. Did I have a son? Did he ride his bike through the neighborhood?

Why was he asking? This is where it gets interesting. The officer, white, shifted his weight from foot to foot standing there in my kitchen and awkwardly avoided meeting my direct gaze.

A “neighbor” reported seeing a black kid, he claimed it was my son, on a bicycle taking mail from his mailbox, throwing it on the lawn and wetting it with a hose. The officer insisted he wasn’t accusing anyone; he had to follow up on the report. Destroying mail, after all, is a crime.

No kidding? I am thinking the same over-privileged, bored and unidentified vandals the sheriff’s department recently warned were walking from our neighborhood into a nearby park after dark (and repeatedly vandalizing the security gate and telephone at our clubhouse) probably did this, too. Based strictly on neighborhood demographics, what are the odds they are black?

But I didn’t say any of that. I took the high road.

I assured the officer our children were raised to know better than to damage anyone’s property. They not only knew it to be wrong but also knew they’d have to deal with Mom and Dad long before the police got involved. Then I asked a direct question: who sent him to my house to accuse my child of committing a crime without offering proof? They could have contacted us directly. We’re listed in the homeowner directory.

Too late. The accuser assumed my sons, being the only visible black kids, had to be responsible for this crime. That’s the trouble. In some people’s minds, 2012 though it may be, people of color are criminals. They look suspicious simply because they look different from the majority. A black person in a hoodie is clearly “trouble.”

Lest you think I am perhaps overly sensitive, fast forward a year or two. My children go running on a cold day. Their father trails behind them in his Volvo, keeping watch with the window down. He’s wearing a hoodie against the cold.

A sheriff’s deputy pulls him over — one street from his own home driving alongside his own children to watch out for them — and asks to see his identification. He has to prove he belongs in his neighborhood.

Make your own judgments about what happened in Florida. The shooter, George Zimmerman, hasn’t been arrested at this writing. He is claiming self-defense using as a shield that state’s “stand your ground” law which permits threatened individuals to match deadly force with deadly force to protect themselves.

Of course, I’m still trying to understand how a grown man with a gun is threatened by a 17-year-old boy in a hooded sweat shirt who is walking away from him while carrying a can of soda, a bag of skittles and talking on a cell phone.

Based on my own experiences, I’d say that kid died for WWBB – Walking While Being Black in a gated neighborhood where someone assumed he didn’t belong and could only be up to no good.

I am glad the Justice Department and the FBI is scrutinizing this case. If I were Trayvon’s mother, I’d want justice. But what the world really needs now, more than ever, is a big dose of love. “Love does no harm to its neighbor.” Romans 13:10